From September 8 to September 10 the 4th international BOX User Group meeting was held in Krems – a beautiful location along the river Danube some 70 kilometers outside of Vienna.

Some 60 people from 11 countries from BOX customers, INTERCOPE, and major players such as EBA CLEARING, IBM, Oracle, and SIA spent two days to get the latest news about BOX features, hear about the experience of customers with BOX, and to continue the process of user community driven development.

After the welcome by Andreas Goerlich, chairman of the BOX User Group and Reinhart Laumer, CEO of INTERCOPE, Katja Heyder from EBA CLEARING presented details of the STEP2 SEPA service provided by her organization and stated that EBA CLEARING processes peak volumes of up to 125 million messages per day. As a major new feature she mentioned the option of Intraday Switching between two network providers which is available for the banks since June 2014.

In the next session Reinhart Laumer gave an overview about major milestones which were achieved during the last year since the 3rd User Group Meeting and discussed achievements such as the SIA partnership and challenges such as the availability of BOX via customer preferred channels.

Then Olaf Grossler, head of BOX implementation and support with INTERCOPE, talked about Target2 Securities (T2S) and the enhancements which are implemented in BOX to support this initiative of the European Central Bank and the national central banks of the Euro Area.

Kerstin Schwengbeck from Finanz Informatik presented the 10 year history of BOX with the SWIFT Service Bureau of her company including several successful migrations from MERVA, Sterci, and SAA to BOX for various customers. The system is used by 51 BICs mainly from Landesbanken (German federal banks) and Sparkassen (saving banks) and – as Kerstin Schwengbeck concluded – with BOX the SWIFT Service Bureau is “well prepared for the future”.

Subsequently Stefan Feld from INTERCOPE went into technical details of “SEPA with SIA File Transfer Service” and showed in a live demonstration that BOX is ready for Intraday Switching.

The second day started with a detailed explanation of the SIA Network Services by Stefano Pizzera from SIA highlighting the successful implementation of Intraday Switching with BOX in close cooperation of the two development teams.

It followed a status update by Tom Essex about the implementation of BOX with Citi in the US where after successful replacement of WBI-FN by BOX on zLinux the on-going migration of applications and users from MERVA to BOX shall be completed in 2015.

Then Andreas Goerlich, Reinhart Laumer, Thomas Joedecke and Udo Browarczik from NordLB and chairpersons of DIDUG – the German speaking MERVA User Group – discussed, together with the audience, the future of the BOX User Group. It was concluded that DIDUG and the BOX User Group should be merged in one event as already practiced this May in Hannover. The next BOX User Group meeting will be jointly organized and take place in May 2015 in Freiburg, Germany and the 2016 meeting in Bolzano, Italy. It will be held mainly in English but may include some break-out sessions in local languages.

After these conclusions Manfred Bibars gave an update about the BOX implementation with Bank Austria.

Olaf Grossler and Jens Huser, head of development with INTERCOPE, presented an impressive list of new features and enhancements implemented in BOX V3R16 and BOX V3R17.

Olaf Hahn from IBM explained the IBM Pure Application System and Holger Wegner showed how BOX can be deployed within 15 minutes in this environment – what will also be demonstrated on the IBM booth at SIBOS.

On the 3rd day Andreas Goerlich talked about the SWIFT operations of s IT Solutions with a BOX installation under zLinux for 28 banks of Erste Group in 11 countries.

Holger Wegner continued with the results of a benchmark of BOX with an Oracle Exadata database server indicating that a throughput of 100,000 SEPA messages per second could be reached.

The meeting concluded with an extensive discussion of change requests already implemented in BOX or considered for implementation. 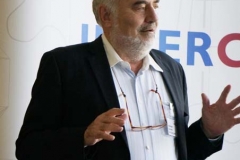 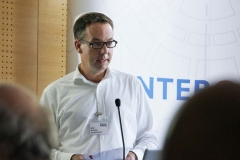 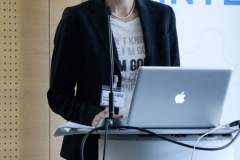 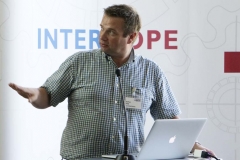 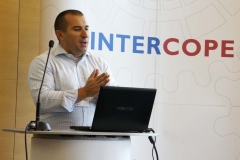 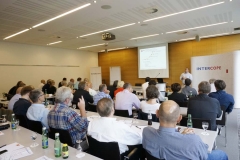 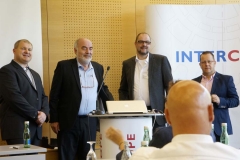 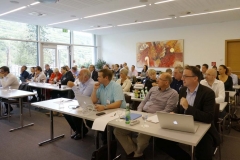 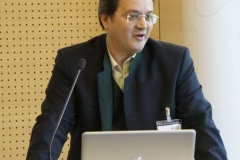 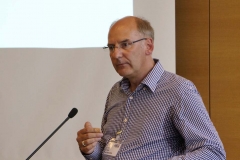 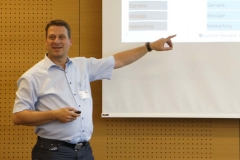 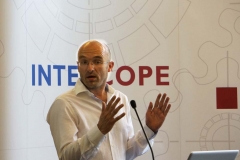 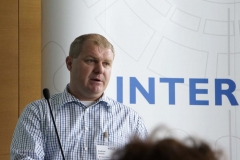